“Open a photo of your grandfather full screen and tell me about him”, my boyfriend asked me on Saturday. I have several times told him that in so many ways, he reminds me of my grandfather, who died nine years ago. Not in any physical way (that would more like be my other grandfather, on my mom’s side), and not in that annoying way you notice your boyfriend resembles your dad (which he actually doesn’t), but in those things that I most liked in my grandfather.

So I did. I searched my online archives and found a couple pictures of my granddad. One, where he was sitting at our summerplace, making a “saunavihta”, this bunch of birch branches that we Finns like to use in sauna to slap ourselves with, and another one where I was sitting on my grandfather’s lap as a six year old little girl. A rare occasion really, he wasn’t the kind to hold us kids on his lap much. “You were beautiful even as a child”, my boyfriend commented, “those eyes of yours…”

Ah, but back to the point. No, my grandfather didn’t take me in his lap much, nor did he hug much, but he did teach me to make a vihta, like the one he was making in the photo. And he did teach me to make a “pajupilli”, a sort of flute made of a willow twig. And as a teenager I would sit for hours talking with him, absorbing his wisdom and knowledge of everything. He was a storyteller, but he also was a good listener. I enjoyed our talks. And this is mostly the part where my boyfriend resembles my grandfather. He too knows a lot about everything, he too is a listener and a storyteller, and I love our evenings just talking, about everything.

After we had talked about this boyfriend-resembling grandfather, I started exploring my photo archives a bit more, discovering the old pics of my other grandparents, painted portraits of some, even a couple photos of that great-grandmother of mine, whom my dad’s mother says I look a lot like.

Out of my four grandparents, only one is still alive. My mom’s mother died first, when I was eleven and mom’s father when I was sixteen. My mom’s dad used to pick me up from school when I was on first grade, and once I remember how he had some marshmallows for me. My very first ones ever :D In later years I used to go visit my mom’s parents after school and have a “Ville Vallaton” ice cream, sort of like an eskimo pie. But after my mom’s mother died, my granddad wasn’t really well anymore, his memory started to falter. So in a way, I lost him too before I reached my teenage years.

Later on, when I was already over thirty, I finally read my mom’s mother’s memoires. They were as good as a book – both by the amount of pages as by way of writing. She was a journalist, and a very good writer. After reading these memoires, I really wished she would’ve lived long enough for me to really know her! She would’ve most definately been another one with whom I would’ve loved to sit and talk about things! No, my memories of her are mostly veiled by her longlasting illness; cancer took her down.

My other grandmother, she still lives, at 87 years. I have a whole lot of memories of her in my childhood, too. How she would make some beef soup and fix me a cup of hot chocolate on cold winter days. How we made some creme caramels with her, and baked some dough boys and marmelades for Christmas, and watched those old Shirley Temple movies together. How we would have a cup of tea and a toast togther every evening when I spent my summers with her at the summerplace.

That place, our summer cottage, is a place full memories in itself. Going down that lane, ha! It’s a long long winding road! And actually once quite fully explored already, when I wrote something of a book about the place several years ago :) 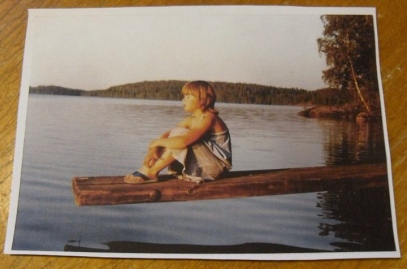 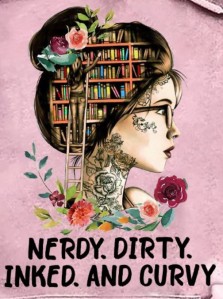